Scandinavian nation Norway is believed to be weighing up the possibility of introducing “uniformed police profiles” on social media site Facebook. These profiles would then be used to patrol the network searching for any criminal activity.

The National Criminal Investigation Service for the country, Kripos, is said to be investigating the legal aspects of the matter and looking into whether these police accounts could be granted to certain areas of the platform that are not available to the general public.

According to reports in Norwegian newspaper Dagens Naeringsliv this could mean giving the police force access to private and closed groups and the ability to interact with members as part of their search for evidence in criminal activity enquiries.

The communications officer at Kripos, Wilhelm Due, explained to the newspaper that that although the organisation has looked into the possibility of adding the police accounts to the network, it still has yet to come to a decision on whether it is a strategy it will implement.

Police in Norway, among other nations, have used fake profiles on the site in the past in order to investigate crimes, which include the smuggling of tobacco and alcohol.

Furthermore, the social network itself has not yet given permission for the addition of police profiles with enhanced access, but has said that the police can apply for access to private groups should they prove to be in connection with a current criminal case.

Emil Jenssen, a police superintendent with Kripos, told a Norwegian broadcaster that it receives many tips to criminal activity online over crimes, including drug-related offences, then it looks into these groups for evidence before a conviction. The process to gain access to private groups on the social network is to go to court and get an injunction from a judge, and then send it on to Facebook. Following this, permission is granted for Kripos to access the required information.

Facebook has come under increasing scrutiny of late regarding its policies on allowing illegal material to go viral on the site, as have several other tech firms. As a result, earlier this month Facebook announced that it planned to hire thousands of reviewers to censor the content on the site and stop the spread of illegal and inappropriate posts.

Company CEO and co-founder Mark Zuckerburg said that the company would employ 3,000 people to moderate site content, which would double the number currently employed to do so in order to provide users with a safer and more pleasant experience. 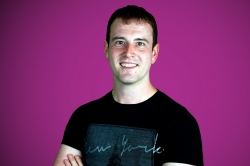